Ron Conway Founder & Co-managing partner at SV Angel
Ron Conway is the Founder and Co-Managing Partner of SV Angel. Ron has been an active angel investor since the mid 90’s. He was the Founder and Managing Partner of the Angel Investors LP funds (1998-2005). He was included in 2010’s Vanity Fair 100 most influential people in the Information Age. He was awarded Best Angel at The 2009 TechCrunch Crunchies Awards. He has been named on Forbes Magazine Midas list of top “deal-makers” since 2011. Ron was with National Semiconductor Corporation in marketing positions (1973-1979), Altos Computer Systems as a co-founder, President and CEO (1979-1990) and took Altos public on Nasdaq in 1982 and served as CEO of Personal Training Systems (PTS) (1991-1995). PTS was acquired by SmartForce/SkillSoft (Nasdaq SKIL).
​ 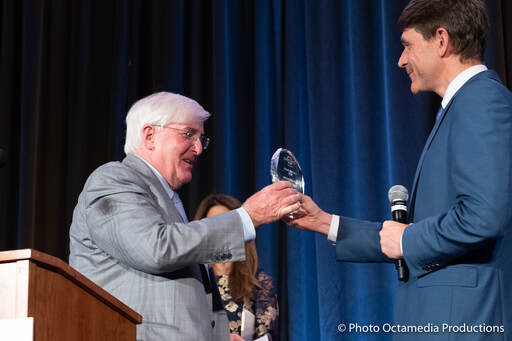 Laureate for the Special Leadership award

Stephane Kasriel
CEO at Upwork
As CEO of Upwork (UPWK), the largest freelancing website, and co-chair of the World Economic Forum’s Global Future Council on the New Social Contract, Stephane is in a unique position to share perspective on trends ranging from the future of work and the evolution of skills to the way education should change.
An expert in staffing innovation and remote work, before ascending to be CEO Stephane led a distributed team of engineers as Upwork's SVP of Engineering, helping to drive Upwork’s innovation.

In 2018, Stephane took Upwork public, helping cement the company’s role leading positive change in how we work, with the mission of creating more economic opportunity so people have better lives. His book Hire Fast & Build Things details how to use freelancers to power businesses.

Stephane holds an MBA from INSEAD, Master’s from Stanford in Computer Science and a BS from Ecole Polytechnique in France. The WEF, Harvard Business Review and CNBC have featured him on topics including the future of work, education, entrepreneurship and leadership. 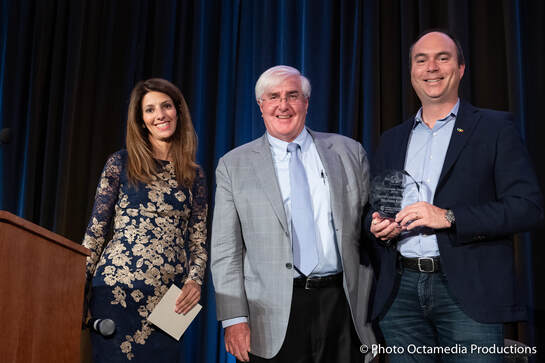 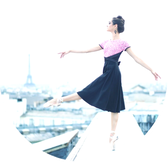 Mathilde Froustey
Mathilde is a principal dancer of San Francisco Ballet and was a "Sujet", soloist of the Paris Opera Ballet until 2013. Learn more about Mathilde here. 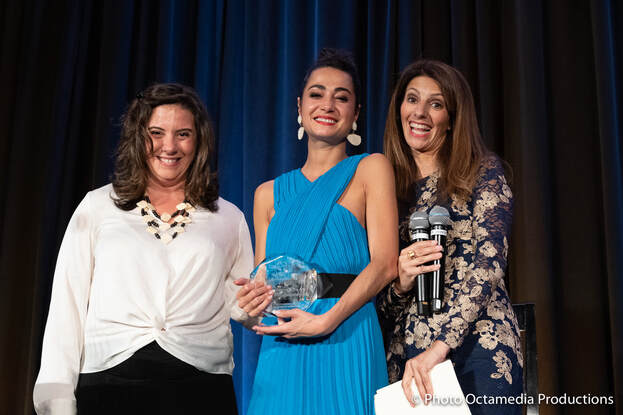 Decathlon, a leading company in the sports market, has two activities: the creation of sports products and its
distribution of products online and in stores. Founded on the mission to make sports more accessible to anyone,
anywhere, Decathlon designs, innovates, produces and sells its own products, exclusively available in Decathlon’s
points of sales. This vertical integration means that Decathlon is able to ensure the highest value at the best price
point with the goal of increasing access to sports for people of all levels and ability. Founded and headquartered in
France and active abroad in over 51 countries with more than 1,511 points of sale, the services, brands and store
teams have been working since 1976 with a constant ambition: to innovate in all areas to remain the main playing
partner of all sports lovers
Nominees: Trends of 2019: Leader in AI innovation

Fabien Beckers is the CEO and co-founder of Arterys, a cloud/deep learning startup that is disrupting the medical imaging space and building image-based precision medicine tools. Fabien has led the growth of the company from four co-founders to a team of 34 today. Under his leadership, the company has become a pioneer in cloud-based medical imaging software, offering the first FDA-cleared end-to-end cloud infrastructure for medical imaging. They key advantages of the platform being automatic aggregation of real-world data and ability to scale and distribute the processing of increasingly large, complex datasets. Fabien’s vision for the company is to accelerate data-driven medicine by building precision medicine tools based on the consistent quantification of medical image features in combination with molecular, genomics and patient history data. Fabien holds a PhD in Quantum Physics from the University of Cambridge and a masters of business from Stanford University.

As CTO and SVPInnovation for Samsung, Dr. Luc Julia led the company’s vision and strategy for the Internet of Things and now focuseson making these machines smarter. Luc directed Siri at Apple, was Chief Technologist at HPand cofounded a number of start-ups in the Silicon Valley. He is a bestselling author with his book “There is no such thing as Artificial Intelligence”, holds dozens ofpatents and is recognized as one of the top 100 most influential French developers in the digital world.
Nominees: Young Tech entrepreneur

Before co-founding FarmWise, Sebastien Boyer worked as a mathematician for IBM Research and a data scientist for Facebook. He holds a Master’s degree in Electrical Engineering and Computer Science from MIT, where he won the Machine Learning for the Digital Economy competition. He was recently named among the 35 European Innovators Under 35’s list by MIT Technology Review and was on the 2019 Forbes' list of 30 under 30. Sebastien is passionate about finding ways to leverage Artificial Intelligence to help farmers grow food in a more sustainable and profitable way.

Daniel co-founded Checkr in 2014 and has grown it from a background check API to a platform used by thousands of companies and millions of jobseekers. As CEO, he likes to build great products and teams and is responsible for setting the strategic direction for the company. Prior to Checkr, he worked on prototypes for Mars rovers at NASA and held engineering roles at startups in the transportation and mobile industries.

Jonathan has a Masters degree in Computer Science and before founding Checkr, he worked as an engineer for transportation and mobile software startup companies.
Nominees: Wine country personality of the year

As winemaker and leader of the #ChandonSquad at Chandon California, Pauline Lhote is responsible for every part of the winemaking process from grape to glass.
​Since she was promoted to winemaker two years ago, Pauline has been working to create a new wine style, playing up the California brightness and increasing the vibrancy and intensity of Chandon’s flavors and aromas. She also works closely with the other Chandon wineries throughout the world, especially Chandon Australia and Chandon Argentina, collaborating, sharing and learning from their challenges and successes.
She has been hailed as a female leader in the industry by the likes of Glamour, Marie Claire and Nylon as well as “Rising Star“ by The Drinks Business and acknowledged in Wine Enthusiast’s 2017 40 Under 40. Pauline has also spoken at various wine conferences and continues to share her experience and knowledge beyond just bubbles as an expert in chic sipping and pairing.

Nicolas Quille was born in Lyon, France, into a family with three generations working in the wine business. Nicolas holds a Master Degree in Enology (Diplome National d’Oenologie) from the University of Dijon, Burgundy, a Post graduate degree (DESS) in sparkling winery management from the University of Reims, Champagne and a MBA from the University of Washington in Seattle. Nicolas has worked for wineries in Burgundy, Provence, the Rhone valley, Champagne, the Douro valley, Oregon, Washington and California.
Nicolas has more than 25 years of experience in the wine industry with an emphasis on winemaking, quality control, winery management, wine portfolio management and merger and acquisitions. Nicolas has judged at numerous wine competitions and speaks at wine conferences on a regular basis. ​

Currently Nicolas is the Chief Winemaking and Operations Officer for the Crimson Wine Group. At Crimson, Nicolas is responsible for the operations and the quality of six wineries and estate vineyards in California, Oregon and Washington.

In 1961, Jean-Claude and Claudine Boisset, a young couple in the heart of Burgundy, France, embarked on a career in the wine trade.  Their first customers were friends of the family; the first wines were acquired from neighbors and childhood friends.  Three years later, they purchased their first vineyard plot - Les Evocelles in Gevrey-Chambertin.  Today, this parcel is a part of the Boisset family domaine, and the company bearing his family name has grown to be the leading wine producer in Burgundy, with a Franco-American collection of wineries on two continents, a presence in 80 countries, and collection of unique, indepenedent wineries and historical estates.
The second generation - Jean-Charles Boisset and his sister Nathalie - carry their parent's vision forward. After working for eight years to develop Boisset’s US business, Jean-Charles returned to France in 1999, where he and Nathalie developed and implemented the company’s evolving philosophy – from négociant-éleveur to viniculteur.  Together they united the family’s vineyards in the Côte-de-Nuits and Côte-de-Beaune under a single estate, Le Domaine de La Vougeraie, which showcases Boisset’s unyielding dedication to quality and provides a fitting legacy to their parents, Jean-Claude and Claudine.
Today, the Boisset Collection unites the old and new world's of wine with its Franco-American spirit and wineries on two continents. It is one of the world's leading family-owned luxury fine wine companies.
Nominees: Startup of the year

Dyslexia is not a disability. It is a different way to see the world. Education must adapt. Dyslexic strengths are spatial thinking, episodic memory, multi sensory learning. So we built a learning universe in VR that capitalizes on those strengths.