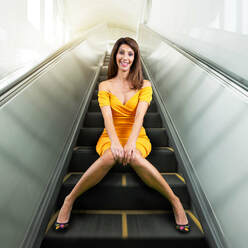 Clara is an internationally-unknown French stand-up comedian from America. She was once stranded on a broken escalator due to a power outage.

In March 2019, Clara released her first comedy album, “Internationally Unknown.” She hosts a weekly podcast, “Exceptionally Regular People,” she’s a contributing writer to several humorous websites like her Twitter account, and her Instagram account. She has a hit comedy show on Youtube called  “My Review of Your Yelp Review.”
​
She lives with people in the bay area. She was once stranded on a broken escalator.

The French-American Chamber of Commerce of San Francisco (FACCSF) is a non-profit, non-governmental, member-driven organization created in 1978. Its mission is to foster the French-American business community and support companies in their settlement and development in the Bay Area, from Napa Valley to Silicon Valley. The FACCSF focuses on providing the highest level of services to its 15,000 members, through its 3 pillars: Members, Events and Trade Services.
​
The FACCSF is proud to be supported by 350 sustaining members.
The FACCSF organizes over 100 events / year.
The FACCSF provides a full range of services: recruitment, training, marketing tools, and the most efficient networking platform for French-American businesses in the Bay Area.